How Did Houdini Die?

Life is unpredictable, but so is death. However, sometimes death can be mysterious and uncanny as well. The same was the case with Houdini's unexpected death in 1926. Houdini was a famous Hungarian-American magician and escape artist, known for leaving people awed and appalled with his fantastic tricks. Whether he was escaping a milk can, or getting out of a whale’s belly, Houdini defied death many times. But when his time came, he couldn’t escape. Many of his fans and critics weren't ready to accept the sudden announcement of his passing away. Some people still believe that Houdini's death was more than an accident.

Harry Houdini was fascinated with magic from a very young age, as he was exposed to stage life and artistic performances. He was born on March 24, 1874, in Budapest, Hungary. His original name was Erik Weisz. At the age of 13, he moved to New York with his father, where they lived in a boarding house and took different jobs for a living. Houdini developed an interest in the trapeze arts. In his childhood performances as a trapeze artist, he used to call himself the "Prince of Air." However, later, he changed his name as a tribute to the great French magician Robert Houdin, with a derivative of his nickname 'Ehric'. 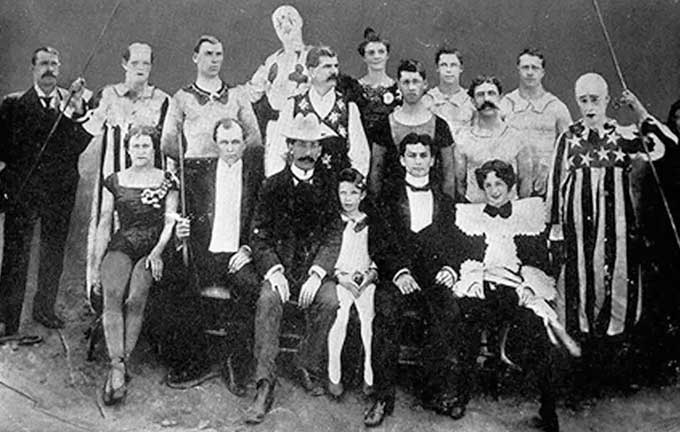 As soon as his tricks caught public attention, fame and wealth became his best friends. He would indulge in the most unbelievable stunts and escape tricks that no one could have imagined. He loved pushing his limits and once he was famous, also pursued a passion for aviation and film making. He published magazines, made many films, and was an actor in the movies.

The list of Houdini's remarkable escape tricks is quite long yet one exceptional trick really propelled him to his matchless popularity. The Chinese water torture cell is the most famous, dangerous, and sensational trick of Houdini's that earned him significant success and fame.

CHINESE WATER TORTURE CELL: After the popularity of the milk can trick, many imitators tried to copy it, which compelled Houdini to create a more deadly and challenging escape stunt that no one would be able to replicate. Houdini called this act the "Upside Down" or "USD," while people know this act as the Chinese water torture cell. He performed this escape until his death and very few could attempt it.

When Houdini performed this act in 1912, he was locked upside down in a large tank of water. His feet were locked in heavy stocks that were attached to the top of the tank. In an earlier version of this trick, he was entrapped in a steel cage to protect him if the glass broke. The glass tank could hold 250 gallons of water in which he tried to escape. Once Houdini was locked inside, a curtain would conceal the tank for a few minutes. Then, Houdini would emerge from behind the curtain still in chains but outside of the tank. It was a sensation!!!

THE OVERBOARD BOX ESCAPE: This is yet another iconic escape trick that Houdini performed, with his classic handcuffs. In the overboard box escape, Houdini had to escape a packing crate nailed shut. The crate was weighed down by two hundred pounds of lead and was dropped into New York's East River. Surprisingly, it took him only 57 minutes to escape. The people and newspapers loved it! 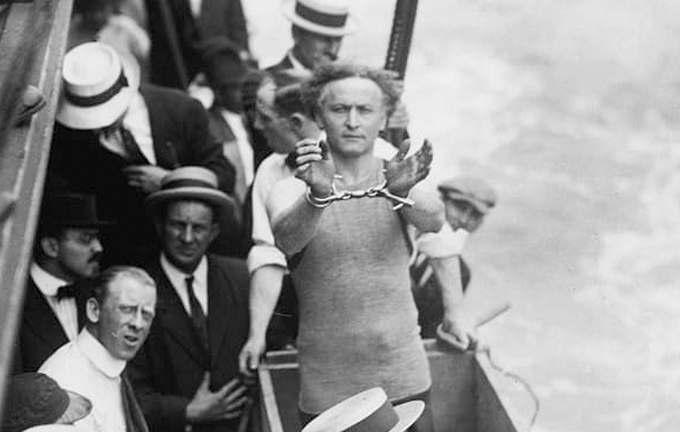 EAST INDIAN NEEDLE TRICK: The needle trick makes many people horrified which is just what Houdini wanted for him to stay in the audiences' mind. Houdini proved that he could do anything that may seem impossible to others by apparently "swallowing" 100 needles and 20 yards of thread with a gulp of water, and then... brought them back out fully threaded!

BELLY OF A WHALE ESCAPE: This trick was a result of a strange challenge that Houdini accepted and completed with a smile. Ten renowned businessmen challenged him to escape from the belly of a whale in 1911. The challenge was enough to excite him and he loved overcoming difficult roadblocks. In this escape, he was sewn up in the stomach of a whale after being shackled in handcuffs and chains. Fifteen minutes later, he was out of the belly with no tears in large animal stomach.

As the president of the Society of American Magicians, Houdini made a lot of enemies. He was skeptical about fortune-tellers and was active when it came to exposing fraudulent magicians and spiritualists claiming to have supernatural powers. He sued a lot of these fake artists as well as anyone who tried to imitate his tricks. In his struggles to regulate fake artists' tactics, he made many enemies along the way. This started the rumors that he was perhaps murdered. 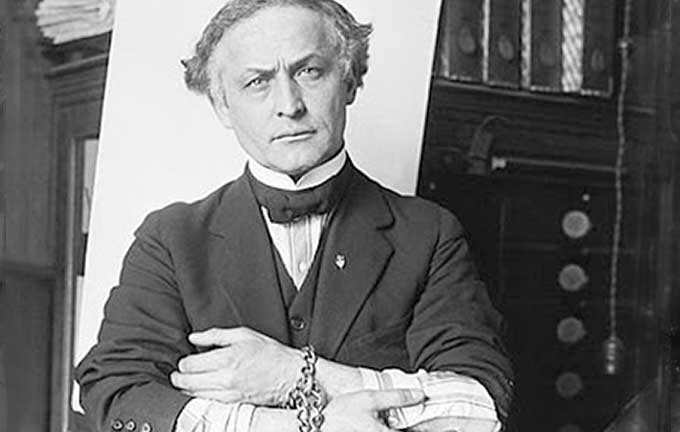 There are many theories in which critics and analysts tried to justify the bizarreness of Houdini’s death. However, the official cause of death was a burst appendix and Peritonitis, due to the sudden blows of amatuer boxer Gordon Whitehead, in his right-side abdomen. Even though this most like was an "accident", many people still believe that the presence of Whitehead and his actions were plotted to kill Houdini. This is what happened...

Who Killed Houdini: Whitehead or His Stubborness?

When Houdini was invited to deliver a lecture at the McGill University of Montreal, nearby in Albany he had injured his ankle during his Chinese water torture cell performance. After the lecture, a few students wanted to meet him and were invited to his dressing room. Gordon Whitehead, Jacques Price, and Sam Smilovitz met him on that fateful day. Whitehead, an amateur boxer, asked Houdini about his boastful claim that he could bear hard punches to his abdominal muscles. Without letting Houdini prepare, Whitehead threw severe punches in his stomach. 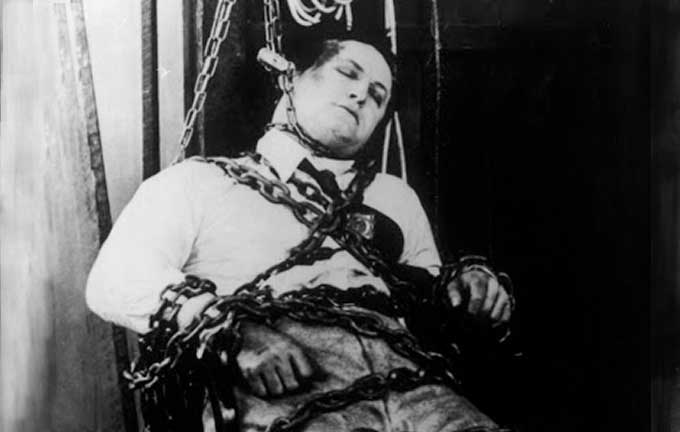 That evening was very difficult for him, yet he insisted on traveling and continued with his shows in Detroit. That show sadly would be his last. He was diagnosed with a ruptured appendicitis and when the doctors removed it, the infection had already spread. A week later, he died on Halloween, October 31, 1926, at the age of 52.

The Eerie Story of Houdini Returning

There are many stories about Houdini "coming back" from the grave. One of these happened ten years after his death. Every year, his wife Bess tried to contact him by arranging a seance on Halloween as spirits apparently visit the earth that day and that was also the anniversary of his death. After repeated efforts to contact her husband, Bess said the 1936 seance would be her last. That evening a severe thunderstorm struck with frightening rain. However, the storm only affected the building of the seance and no other parts of the city. The attendees that evening believed that it was Houdini who came to meet his wife that night.