Of course you've heard of the biggest magicians and illusionists of our time who perform with those big New York magic shows or those Las Vegas illusion shows but there's more to magic than the handful of performers that have seven (or eight!?!?) figure marketing budgets. Today, you can see magic and illusions shows in almost every part of the world that are fabulous and a REAL TREAT for a special evening out. The best way to find these gems near you is to ask working magicians where their favorite shows are located... and that's exactly what we've done for you. We've contact our friends and acquaintances around the world and created a consensus of these regularly running spectacular show. SO, this is our list of the Best Magic Shows in the World (alphabetical by country).... 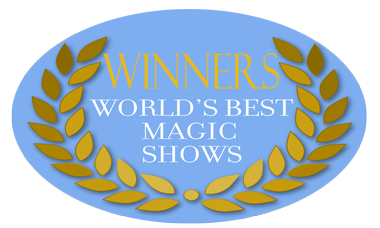 There are great magic shows in every nook and cranny in the world. You just need to know where to look and we hope you found something special near you. If you are looking for magic and illusion in a particular city around the world like New York, Las Vegas, Chicago, Toronto, London or Sydney, check out our sitemap for magic cities around the world. Enjoy the magic!